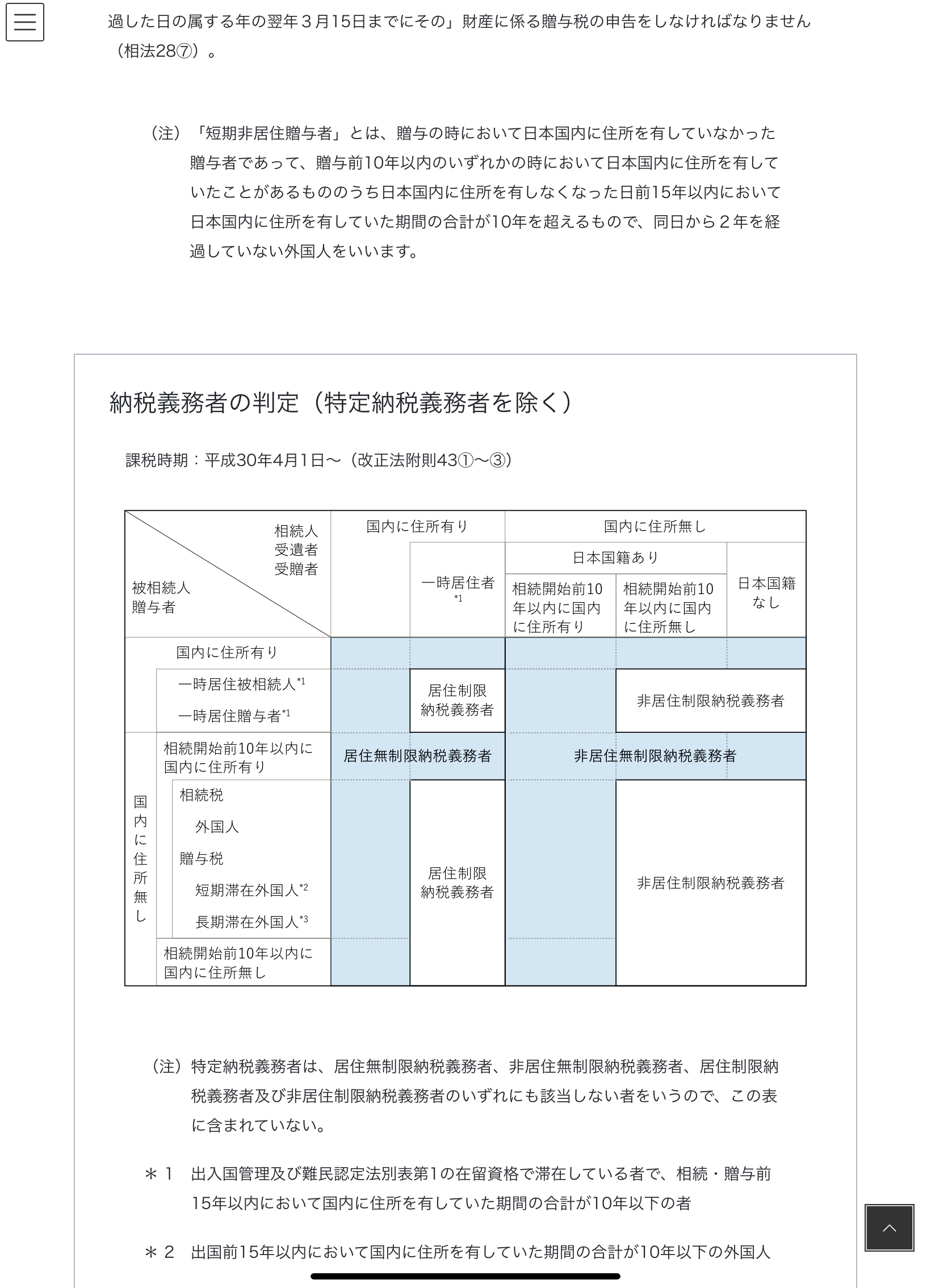 There was a revision in the Japanese Inheritance Tax in 2020. Foreigners living in Japan with workng visa are now mostly exempt of the inheritance tax.

In the past, foreigners living in Japan were taxable of Japanese Inheritance Tax even if his/her heir was not living in Japan. For example, ex-pats in Japan were taxable on foreign assets outside of Japan when their parent in their home country passes away. That was a big problem.
Now the tax law was changed so that a new definition of a temporary resident was introduced.
The definition of the Temporary Resident is wide. Foreigners with working visa and alike (
Immigration Control and Refugee Recognition Act Appendix 1) who have lived in Japan less than 10 years (accumulated) in the past 15 years are regarded as temporary residents. And temporary residents are taxable only on estates in Japan but NOT on those overseas.
On the other hand, individuals with Permanent Residency or spouse visa are treated as Japanese nationals.